The 21-Day Myth: How Long Does it Take to Form a Habit?

Studies suggest, approximately 45% of our everyday activity is determined by the habits we've formed earlier. It can be either brushing teeth in the morning, reading a book while commuting, or eating fast food when tired. Considering the number of things we do automatically, it's good to understand the mechanisms that trigger habits, ways to break them or make them stick.

There is one widespread belief about habits, but not many know where it comes from, and whether it's true or not. There is an idea that a habit can be formed in 21 days any many people put a lot of faith in it. In this article, we will uncover the truth and talk in detail about the habit-building process, how long does it take to form a habit, and will share some tips and tricks on how to make them stick.

Many people believe 21 days are enough to form a habit, and if they go hard and all-in during this period, the rest will be a seamless and smooth experience. How does that number come into play? It started when Maxwell Maltz, who was a plastic surgeon in the 1950-60s, noticed that on average, it took 21 days for his patients to accept their new appearance and let go of the pre-surgery image of themselves. Later this 21-day interval was seen as an adjustment period a person needs to come into terms with changes in life. Maltz shared his observations and research on self-image in the book Psycho-Cybernetics. But other than that, the 21-day time frame doesn't have any research support and scientific evidence.

That's why even though it might be appealing to fall for the 21-day myth, you need to understand that it's not a scientifically backed theory. Quite the opposite. Why is it dangerous to set your mind on the 21-day mark? Unrealistic expectations can harm your habit formation journey, lead to disappointment, frustration, and even cause stress. It's especially tricky if strong emotions trigger a habit, for example, binge eating while sad or smoking when stressed. You can easily roll back to the starting point. 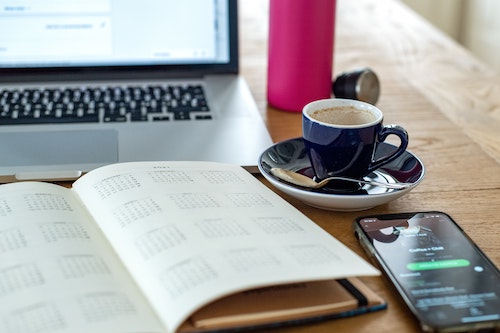 Hence it's crucial to be mentally prepared and allocate resources correctly. Yes, a habit is something we do automatically, but only once it's a part of our routine. The building or transforming a habit requires lots of work. And some days, you will need to go the extra mile to find a motivation to complete the task.

From Myths to Reality: How Long Does It Actually Take?

The research published in 2009 found that, on average, new behavior becomes automatic in 66 days. But depending on the habit and accompanying circumstances, it can take anywhere from 18 to 254 days to form a new habit. Basically, yes, a person can develop a habit in 21 days, but only if it's something as simple as drinking an extra cup of water. More elaborate and drastic changes can take almost a year to get used to.

Another important insight from the study is that "Missing one opportunity to perform the behavior did not materially affect the habit formation process." We have the idea that habit formation requires enormous efforts and completing a task for 18 to 254 days in a row. But the studies show that you most probably will, and you can skip a day or two, and it won't make a significant difference. But don't go too far and get back on track as soon as possible.

Not every day out of 18-254 is the same. Psychologists differentiate 3 phases of habit-formation. The first one is the initiation phase. That's the time when we select a habit and the context we're going to perform it. In the learning phase, we repeat the task and strengthen the context-behavior association. Then we reach a plateau or stability phase when we start completing the habit with minimal effort or deliberation.

What Goes Into Habit Formation?

To understand why it takes up to 9 months to form a habit, let's break down a habit into components. James Clear, in his book The Power of Habit, named 4 stages every habit goes through. They are a cue, craving, response, and a reward. 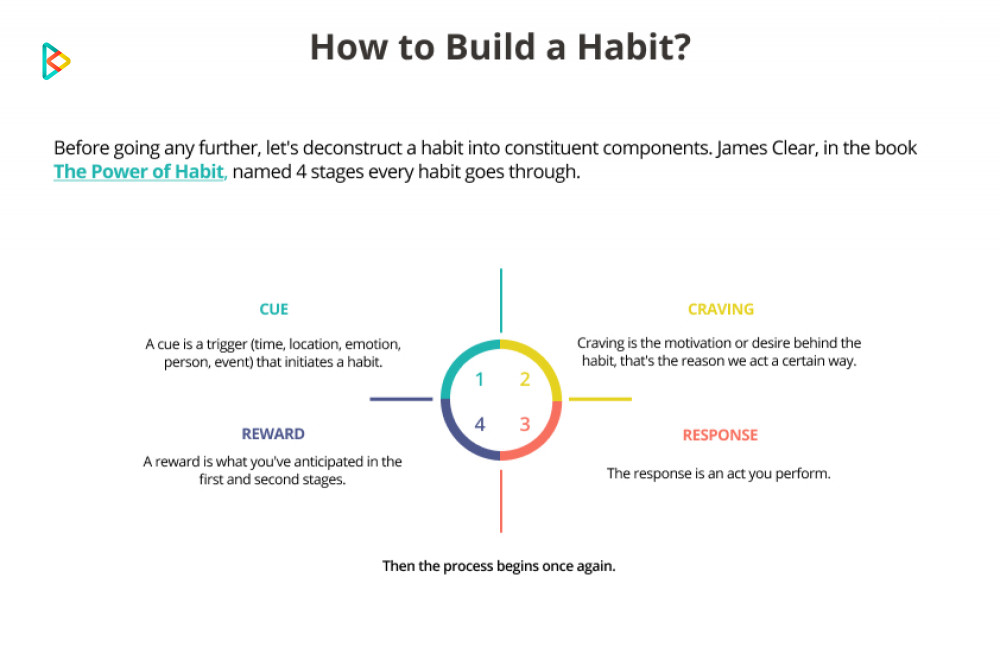 Little side note. Why do we put getting rid of a bad habit in the same line with building a new one? Any habit, whether it's a bad one or a healthy one, works in the same manner: cue, craving, response, reward. Often, breaking a habit, we create replacement behavior or get used to not doing it. At the same time, building a routine is slightly different than building a habit. A routine is also a set of actions we complete regularly, but a routine doesn't depend on a cue. That's why a habit may subside if the cue is absent for a long period of time while the routine stays the same.

As a result, to form or break a habit, a person needs to identify a trigger. It must be obvious. If you want to get into the habit of taking vitamins, you need to set an exact time or event: either every day at 9 a.m or every day after breakfast. Otherwise, it will be more tricky, as "every day" doesn't have specific time frames or anything to stick to.

The craving must be attractive to you personally. Without motivation, there is no reasoning for us to act. It's not the act itself but rather what stands behind it. Breaking down a habit or building a new one, pay attention to this part, get down to what truly motivates you. At first, you may follow other people's desires and hide genuine reasons deep down. Sit down and analyze your emotional state, and what do you get out of the activities you perform. Why do you smoke? Because it's your way to destress or you like to take a break from work and chat with colleagues? Is it a way for you to bond with others? Why do you want to run every morning? Because you want to brag about it on social media, it's your way of meditation, or you like discovering new corners of your neighborhood.

The next thing is the act itself. It must be clear and match your level of motivation. The reward must satisfy your desires. Without the reward, the brain won't consider this behavior worth repeating. Every habit every time goes through the same loop. Once we know all the elements of a habit, we can work on every one of them individually and create a favorable environment to stick to them.

One Step At a Time

There is an idea of restarting a life, starting a new chapter, writing New Year's resolutions, and drastically changing life. But studies suggest adopting one habit at a time and starting small. When we commit to several things at once, the success rate drops. On average, if a person masters one habit, the chances he/she will retain it for a year is more than 80%. While if you chase 2 behavioral changes simultaneously, it goes down to 35%. And if you decide to adopt 3 habits at once, the chances are less than 5%. That's why before jumping on the next challenge, make sure the habit you've been working on earlier is already a part of your routine. 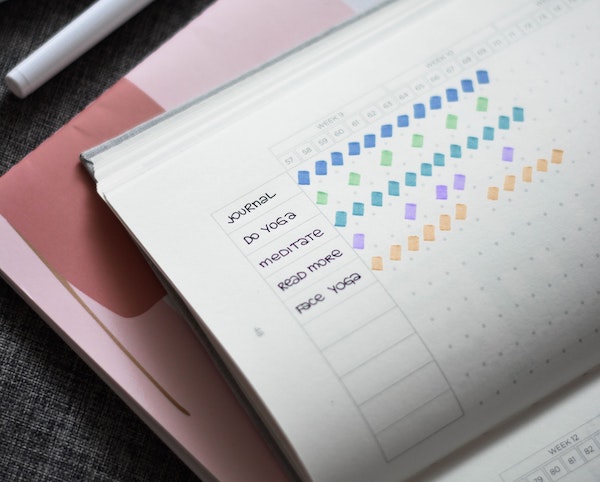 Habit building may seem simple — you repeat an action day after day. But in reality, people face many challenges with the integration of new patterns into their daily life. One of the techniques that significantly help on the way is habit tracking. You can use a bullet journal, a dedicated app, or a journal. Experiment and choose what works for you.

It will keep you accountable as we can easily fool ourselves. At the same time, a tracker is a visual representation of whether you are actually building a habit and improving your behavior or just thinking about it. Habit tracking keeps you motivated. Progress is a powerful tool, and on a bad day, you may look back on how far you've come, and you'll think twice before breaking the streak.

Tracking behavior every day, you will learn more about yourself. You will take notice of when you fail to complete a habit and recollect what happened on that day. It'll give you the clues and keys to eliminating the barriers. Next time, you will quickly realize if something goes wrong and be able to react timely and adjust your actions.

Habit tracking also gives a sense of everyday accomplishment and a boost of instant satisfaction. Building and sticking to a habit is a long-term journey with no end-point, that's why it's so important to embrace small victories.

Keeping yourself accountable with a journal or an app is an effective method, but some of us require an external force that will push us forward. An accountability partner is a companion who will commit to the same goal of adopting a new habit or will support you on your way. It can be a friend, a relative, or a colleague. It is someone you can trust and share your thoughts when you struggle, someone who will cheer you up when you hit a low point. It can even be an online friend or community. It doesn't work for everybody, but you won't know unless you try. 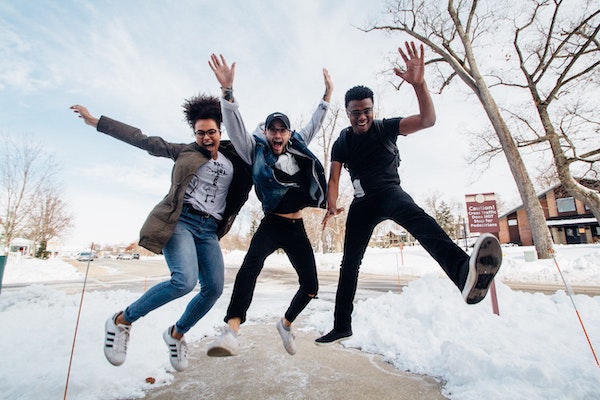 We all have bad days, and the key is to get back on track and keep ongoing. In terms of habit building, consistency plays a huge role, and it's essential to keep the momentum even when things get hard. There is a 2-day rule that says never skip a habit 2 days in a row. Even if you can't work with the same intensity and for the same amount of time, make the minimum but don't skip it again.

Embarking on a life-changing journey, be prepared that it takes time and effort. Don't chase quick results and hope to become a new person in 21 days. On average, it takes about 2 months to adopt a new habit. On that path, you will uncover inner sources of motivation, learn what you truly want, and discover cues that trigger your behavior.